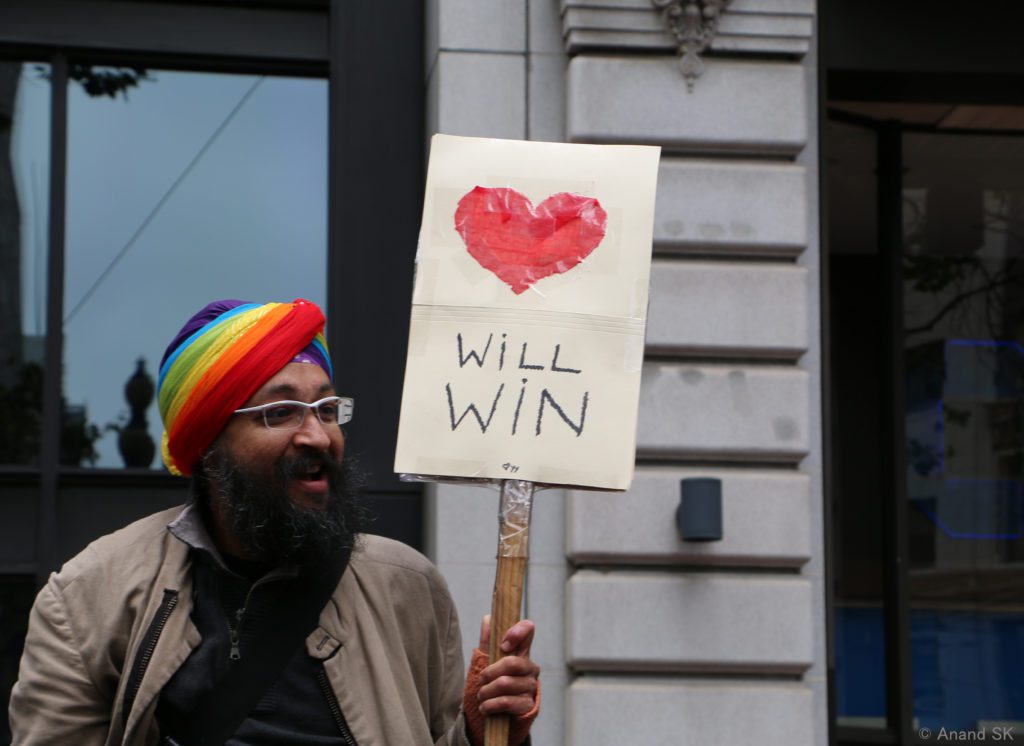 When I came out to my family a year ago, it was the first time I connected my queer identity to my South Asian identity. Until then, I had always neatly organized these parts of myself to be independent from each other. Once I took the first step towards understanding my intersectional identities, I was able to see the world with a new perspective. Social and political issues like marriage equality in India became personal to me, and I began to take more interest.

Activist Devika Ghai has a similar identities as a queer person, a woman, a South Asian, and an immigrant. I spoke with her about her intersectional identities from Minnesota where she works with the Pesticide Action Network.

Nila- What was queer education like in India? Did you have any safe space or opportunities to express yourself and develop your identity?

Devika- Oh not at all *laughs* I mean it was a very hush hush taboo topic you know? At least in the society I came up in, people just don’t talk about it. I had one out, gay cousin and his partner was at all of our family gatherings. But it was like, you know, he’s [his] friend. And you know he was treated very well and welcomed and I think respected in our family but there wasn’t ever any formal acknowledgement of his relationship.

The few experiences that I had were overall pretty negative. I can’t really think of a safe space I would have had to question or explore my identity.

Nila– How did your family react to you coming out?

Devika- When I came out to my family, [they were] overall pretty kind. I don’t think they knew a lot to be honest. My mom was like, ‘what is queer?’ I think they were confused and didn’t have access to a lot of information that I took for granted.

Nila- What was the transition like moving to America as a queer woman?

Devika- [Queer culture] was very normalized and talked about in a way that I hadn’t experienced before and so I think that was really formative for me and really crucial for me to even ask my own questions about myself.

Nila- How do you think about the intersections of your identity?

Devika- One thing that I think about is that being queer is sort of fundamentally about being outside of the norm. Being queer is about challenging norms. There is something sort of outside of the norm in it inherently, and so is being a person of color in the US. So in these ways we have these different identities that set us up for particular ways of looking at the world and for interacting with the world.

Nila- How are you thinking about your intersectional identity in our current political context?

Devika- Now more than ever we have to really be rooted in who we are and what our primary commitments are, what our vision is, what we know we need to get to the world we want to live in and to really stay focused on those.

Nila- Do you have any advice for young queer people of color today?

Devika- My greatest hope is for all young people, queer people, people of color-  that they find those relationships in their lives that really hold them and guide them, and are able to lean into them as well. Because it also takes courage to really be vulnerable with someone, to really let someone in and then to also practice the reciprocity of that. I think if people have the opportunities to look for those people in their lives, take them- they help.