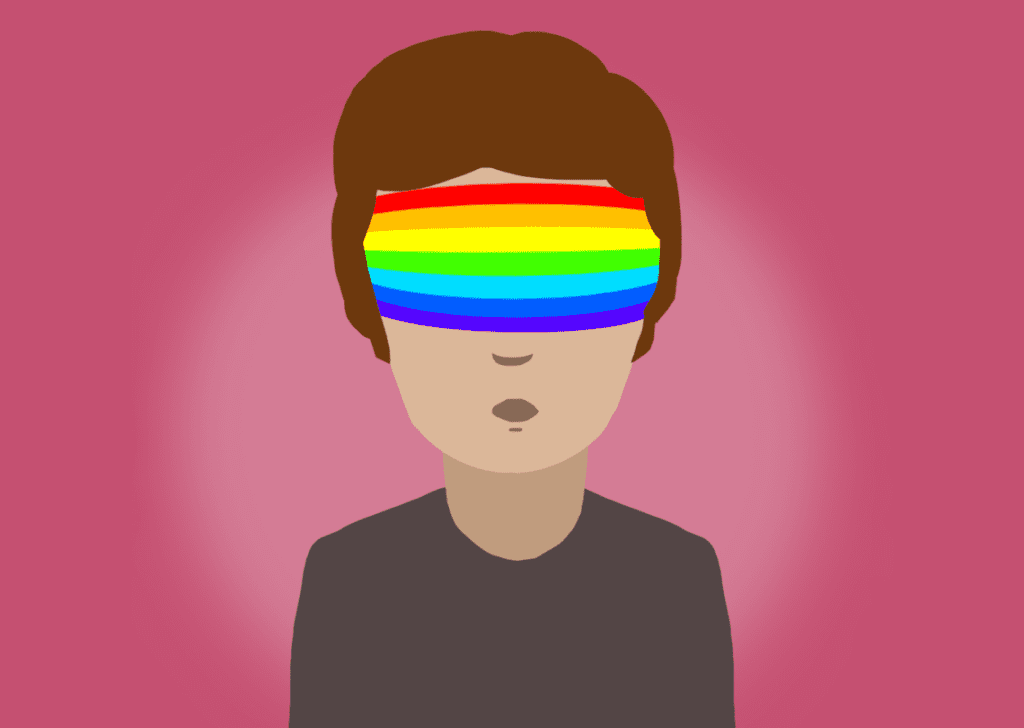 The first and only time I went to San Francisco Pride, I found it deeply disappointing. I was in high school. it felt like I had stepped into a big outdoor nightclub for drunk teenagers and twenty-somethings. Everywhere I looked, there was another big corporate logo trying to get my money with bright pink and rainbow graphics.

I had expected Pride to be fun, meaningful and welcoming. Instead it felt like a booze-soaked, glitter-covered, outdoor version of the house parties I spent my adolescence trying to avoid (only with more stuff to buy and slightly fewer straight people).

Afterwards, I remember riding the train home with my partner at the time and feeling like something had been missing. I wondered, what was the point of Pride supposed to be?

Pride organizers across the California are struggling with that same question. This year, instead of the usual Pride parade celebration, cities like Los Angeles and San Jose opted to host “resistance marches” to protest President Trump’s policies. These marches aimed to tackle anti-LGBTQ+ legislation, as well as intersectional issues, like racial justice and affordable housing. But other cities, including San Francisco, are taking a more politically neutral approach.

Despite the city’s once-liberal reputation, San Francisco Pride organizers recently announced that they would not host a formal resistance march this year. They’re concerned the shift in messaging would compromise Pride’s positive atmosphere, and that companies who usually sponsor Pride, but aren’t willing to appear partisan, would pull out of the festivities. As a compromise, San Francisco’s parade will be led a “Resistance Contingent.” But many local activists have expressed disappointment, pointing out that sponsors shouldn’t get to dictate Pride’s messaging in the first place.

The whole argument brings me back to my first Pride parade. Should Pride be a party, or a protest? These days, I don’t think we have to choose.

I agree my community needs a joyful celebration that embraces queerness. But Pride has been so far removed from its original historical context that many seem to have forgotten why the celebration is significant.

The truth is, LGBTQ+ identities are (and always have been) politicized, and being out and proud is (and always has been) a political act. There’s no way to avoid that. When so many powerful forces are trying to marginalize us, it’s inherently radical that we combat our internalized oppression with positivity.

The first Pride parade commemorated the anniversary of Stonewall, a 1969 riot against the police and their raids on clubs and bars that were frequented by queer and trans people. At that time, queerness was criminalized. If I had been alive then, I would be risking jail time for public homosexuality or dressing as “another gender”, just by being queer. Only through direct action and political organizing did LGBTQ+ people achieve the legal protections that we enjoy today.

Being able to celebrate rather than mourn, rage, and protest at Pride is a privilege that queer leaders have worked hard to win. If we take it for granted, it will disappear, because the battle for queer liberation isn’t over. Those who can’t accept this fact shouldn’t be celebrating the victories of that fight.

Social progress is not a function of time. Let’s not forget, as one of his first actions upon reaching office, President Trump scoured every reference to LGBTQ+ people from the White House’s website. Trump’s cabinet is full of people who oppose queer rights, and he supports the proposed First Amendment Defense Act, which if signed into law, would give businesses and individuals the right to deny services to LGBTQ+ people based on their religious beliefs. As of this article, the only thing that the president has done to acknowledge Pride month was to speak in support of religious freedom at an event hosted by The Faith And Freedom Coalition, which opposes same-sex marriage.

The threat to queer civil rights is bigger than any administration or political party. Murders of LGBTQ+ people in the United States hit a record high in 2016, not including the shooting at Pulse that killed 49 people a year ago. Trump’s presidency is indicative of a large scale cultural shift at the expense of the marginalized. His words and his policies have only fed that shift. Shouldn’t we pay attention, and do something about it?

Pride is about love and hope. It’s also about liberation and fighting back against subjugation. It cannot and should not be one without the other.

If we all just want to party hard and trust that others will solve our problems, we risk losing everything we’ve accomplished to regressive, reactionary politicians. Remembering our history and empowering ourselves is more important than getting wasted and protecting the business interests of sponsors. We, as queers, as allies, and as the Bay Area, know that when anger and love join hands, mountains move.

Gay Pride provides the perfect opportunity to show this to the world, and San Francisco ought to embrace it.